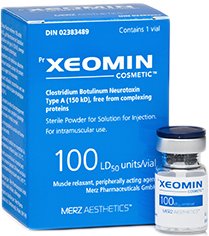 Frown lines form when facial expressions are made as the muscle under the skin contracts. Over time, as your skin ages, these repeated expressions cause lasting frown lines. Neurotoxins, such as Xeomin®, are prescription medications that block the release of chemicals that cause these muscle contractions so frown lines are softened.

Xeomin® is made through a unique precision manufacturing process that isolates the therapeutic component of the molecule and removes the accessory proteins that don’t play an active role in treatment. Xeomin® is a highly purified neurotoxin. Studies have not been performed to determine whether the presence or absence of accessory proteins has a long-term effect on safety or efficacy.

Xeomin® (incobotulinumtoxinA) is a prescription medication injected into muscles and used to temporarily improve the appearance of moderate to severe frown lines between the eyebrows (glabellar lines) in adults. Xeomin® contains botulinum toxin type A, a protein purified from the bacterium Clostridium botulinum.

HOW DOES XEOMIN® WORK?

When you squint or frown, the muscles between your eyebrows contract, causing the skin to furrow and fold. Over time, as your skin ages and loses some of its elasticity, these repeated contractions can cause persistent frown lines. Botulinum toxin type A – the active ingredient in Xeomin®– acts on nerve endings in muscles to prevent muscle fibers from contracting. By reducing these contractions, Xeomin® can temporarily reduce the lines between your eyebrows.

Xeomin® was proven effective in two randomized, double-blind, multicenter, placebo-controlled clinical trials of 547 healthy, adult patients. The average age of patients in the study was 46 years. Patients received 20 Units of Xeomin® and were classified as responders if they had a 2-grade improvement on a 4-point scale as assessed by the physician and patient. Using these criteria, treatment success was higher with Xeomin® than placebo on Day 30 in both studies (60% and 48% vs. 0% for placebo in both studies). Based on these trials, Xeomin® received FDA approval for use in glabellar lines in 2011.

HOW DO I KNOW IF XEOMIN® IS RIGHT FOR ME?

If you are an adult with moderate to severe glabellar lines, Xeomin® may be right for you. Talk to your doctor to discuss the benefits and risks of treatment. Do not use Xeomin® if you are allergic to botulinum toxin or any of the other ingredients in Xeomin®. You should also not use Xeomin® if you have had an allergic reaction to any other botulinum toxin product or have a skin infection at the planned injection site.

WHAT SHOULD I TELL MY DOCTOR BEFORE TREATMENT?

WHAT CAN I EXPECT DURING TREATMENT?

During treatment, which usually takes about 10-20 minutes, your doctor will inject Xeomin® into the muscles in your forehead that cause frown lines between your eyebrows. No anesthesia is required; however, your physician may use a topical anesthetic or cold pack to reduce any discomfort.

WHEN CAN I EXPECT TO SEE RESULTS?

You may begin to see visible smoothing as early as 3-4 days after injection. The median first onset of effect was less than a week. The maximum effect occurred at 30 days. The typical duration of effect was up to 3 months in clinical trials but may last significantly longer or shorter in individual patients.

WHAT ARE THE MOST COMMON SIDE EFFECTS OF XEOMIN®?

Xeomin® may cause serious side effects, including allergic reactions. Symptoms of an allergic reaction to Xeomin® may include: itching, rash, redness, swelling, wheezing, asthma symptoms, or dizziness or feeling faint. Tell your doctor or seek medical help right away if you have wheezing, experience other asthma symptoms, or if you become dizzy or faint.In clinical trials of Xeomin® for the treatment of frown lines between the eyebrows, headache was the most common side effect. Xeomin® may cause loss of strength or general muscle weakness, blurred vision, or drooping eyelids within hours to weeks of taking Xeomin®. If this happens, do not drive a car, operate machinery, or do other dangerous activities. Tell your doctor if you have any side effect that bothers you or that does not subside. These are not all of the possible side effects of Xeomin®. For more information, see accompanying Important Safety Information, Medication Guide, and Full Prescribing Information, or ask your doctor.

ARE YOU CONCERNED ABOUT LOOKING PLASTIC OR OVERDONE?

Looking plastic or overdone is a common concern among individuals considering an in-office treatment for moderate to severe frown lines.* Talk to your licensed, trained, healthcare professional. There are steps you can take to make you feel more comfortable. First, have a detailed discussion with your provider. You want to talk through every concern you have, until you feel comfortable. Your provider, who is experienced in facial anatomy, can determine the right options for you. For example, the most widely used procedure for moderate to severe frown lines is neurotoxin injections, a class of prescription medication that has been shown to be effective in many studies. Finally, ask for an FDA-approved product, such as Xeomin®. Individual results may vary. 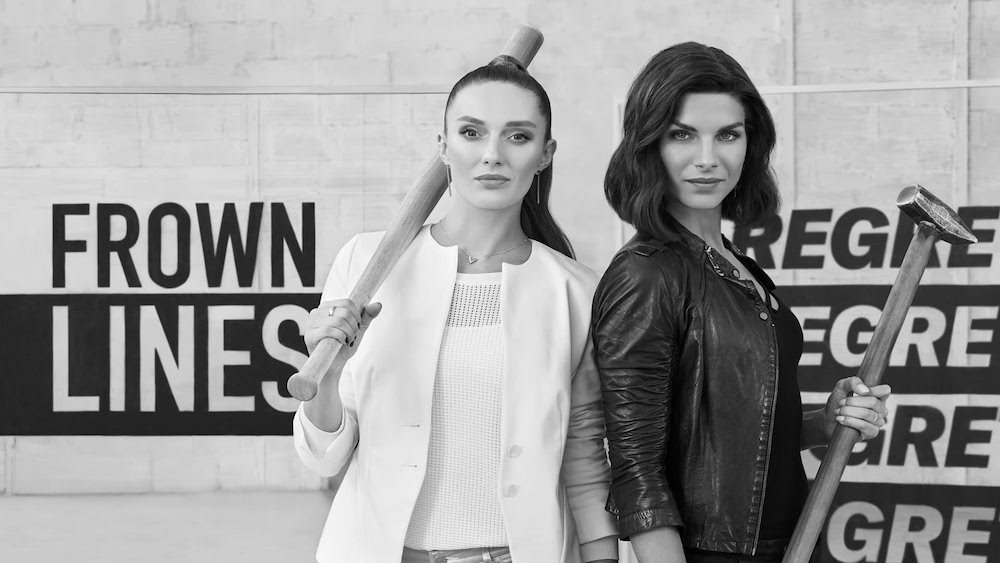 Read the Medication Guide before you start receiving XEOMIN® (Zeo-min) and each time XEOMIN® is given to you as there may be new information. The risk information provided here is not comprehensive.

Uses XEOMIN® is a prescription medicine that is injected into muscles and used to improve the look of moderate to severe frown lines between the eyebrows (glabellar lines) in adults for a short period of time (temporary).
It is not known if XEOMIN is safe and effective in children under 18 years of age.

XEOMIN® may cause serious side effects that can be life threatening. Call your doctor or get medical help right away if you have any of these problems anytime (hours to weeks) after treatment with XEOMIN®:

These symptoms can happen hours to weeks after you receive an injection of XEOMIN®. These problems could make it unsafe for you to drive a car or do other dangerous activities.

Before receiving XEOMIN®, tell your doctor about all of your medical conditions, including if you

Tell your doctor about all of the medicines you take, including prescription and over-the-counter medicines, vitamins and herbal supplements. Talk to your doctor before you take any new medicines after you receive XEOMIN.

Using XEOMIN with certain other medicines may cause serious side effects Do not start any new medicines until you have told your doctor that you have received XEOMIN in the past.

Especially tell your doctor if you

Ask your doctor if you are not sure if your medicine is one that is listed above.

Know the medicines you take. Keep a list of your medicines with you to show your doctor and pharmacist each time you get a new medicine.

Headache was the most common side effect of XEOMIN® for treatment of glabellar lines. Other possible side effects include:

XEOMIN® may cause other serious side effects including allergic reactions. Symptoms of an allergic reaction to XEOMIN® may include: itching, rash, redness, swelling, wheezing, asthma symptoms, or dizziness or feeling faint. Tell your doctor or get medical help right away if you get wheezing or asthma symptoms, or if you get dizzy or faint. See «Warnings.»

The most common side effect of XEOMIN in people with glabellar lines include:

General information about the safe and effective use of XEOMIN ®

Medicines are sometimes prescribed for purposes other than those listed in a Medication Guide. You can ask your pharmacist or doctor for information about XEOMIN® that is written for health professionals.

Open chat
1
Write to us now!
Escanea el código
Can we help you?
Call now!